Another Win for Three Cs

ANOTHER WIN FOR "THREE Cs"

"Three Cs" gained another victory .... but this time on the track rather than the chess board.

A horse named "Three Cs" won the 4.40pm race at Southwall on Friday (Feb 7). Despite being 7th favourite out of the 10 runners it ran away to win by 3.5 lengths at odds of 12/1 .... and yes there were some members of the 3Cs chess club who profited from it.

Pictured is the result card which also shows that Three Cs' jockey appropriately wore chequered colours ... the only one in the race to have done so. 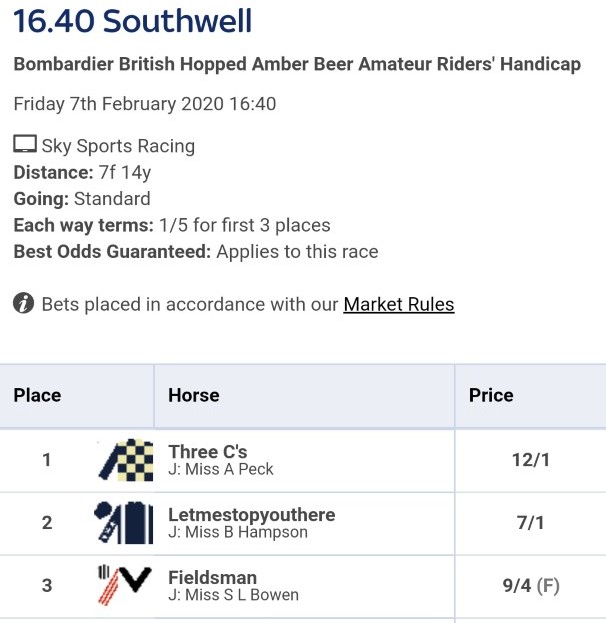